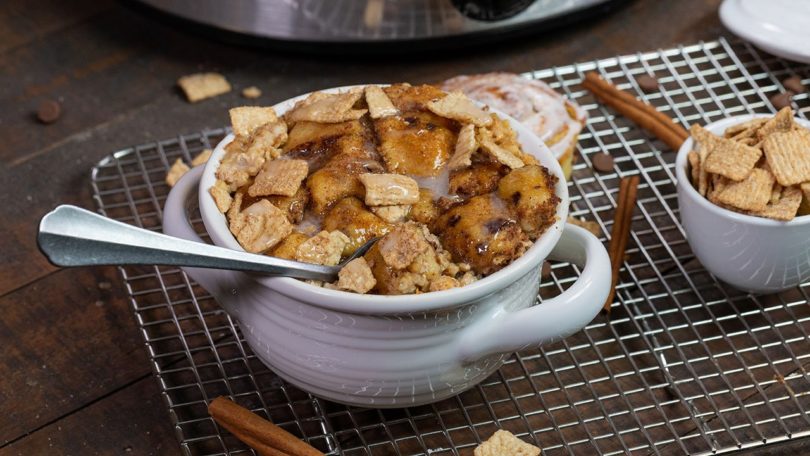 Slow Cooker Sunday is here and today we’re taking it back to breakfast with one of the most delicious slow cooker recipes to date! This Steel Cut Slow Cooker Cinnamon Buns recipe will make your mouth water and keep your macros happy!

Start by taking out your slow cooker and lining it with . Lining it makes cleanup even easier which will save you time but it’s not needed if you don’t have them.

Go ahead and mix all of those up until most of your clumps are gone. This shouldn’t take more than 1-2 minutes.

Open up your favorite cinnamon bun dough. Preferably a lower sugar/lower calorie one and break up 2 or 3 them into your mix. Lightly mix those pieces in, pour a little sugar free syrup on top, cover your slow cooker, and cook it on low for 7-8 hours or high for 3-4 hours.

After 3-4 hours your slow cinnamon buns should be almost done. Keep an eye on them every so often and make sure that they aren’t burning.

Here’s a couple of my tips for these slow cooker cinnamon buns:

Every dessert needs a meal! Try our Slow Cooker Chicken Cordon Bleu next! 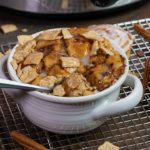 Top it with some cinnamon crunch cereal! Eat it cold (it tastes great) or throw it in the microwave for 1-2 minutes! Calories in the whole recipe:   Calories in each 350g serving (if you make 6): 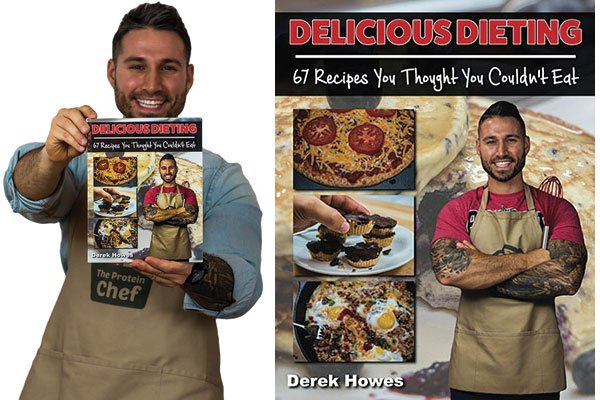 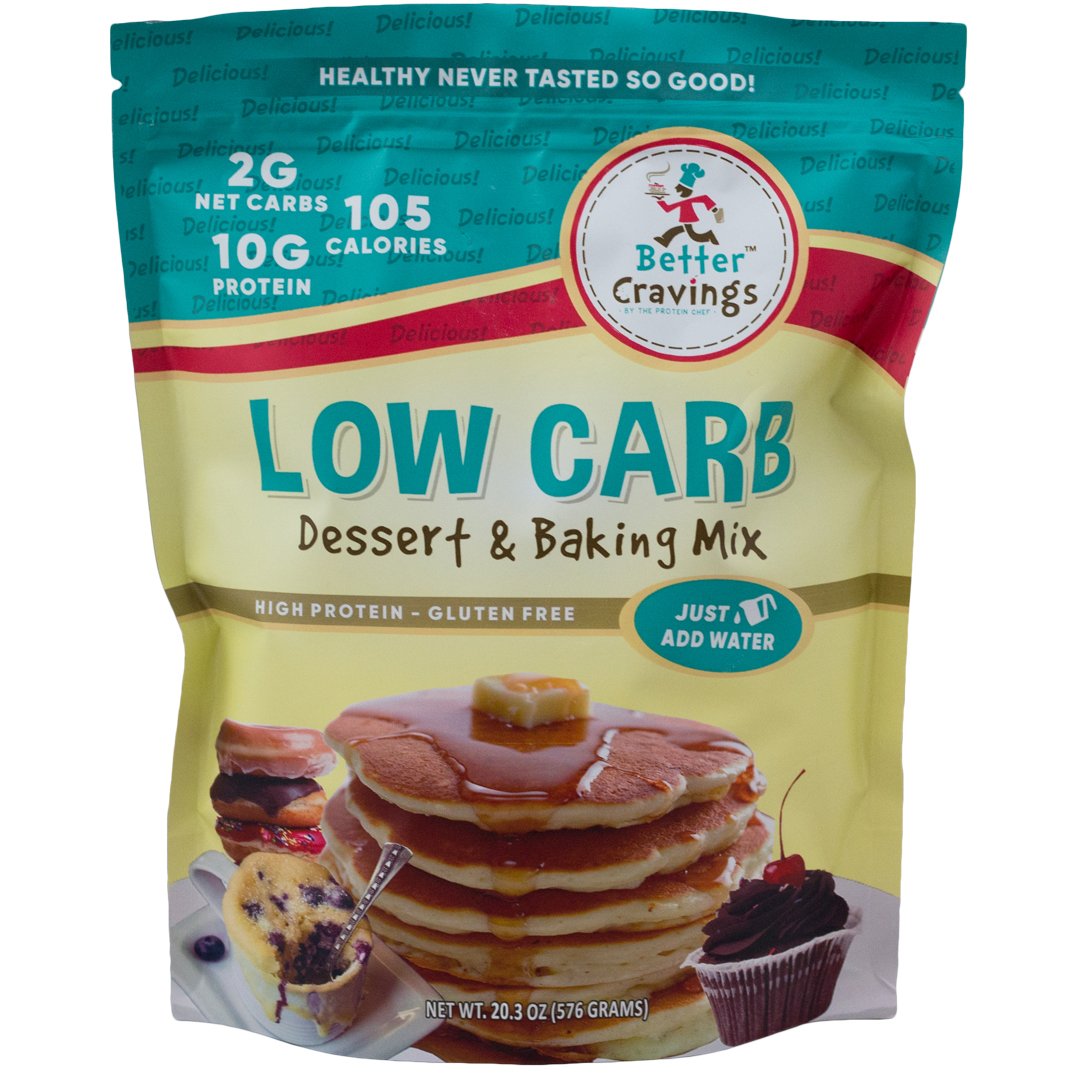